Guitar player shows his troubled past and how he has grown. 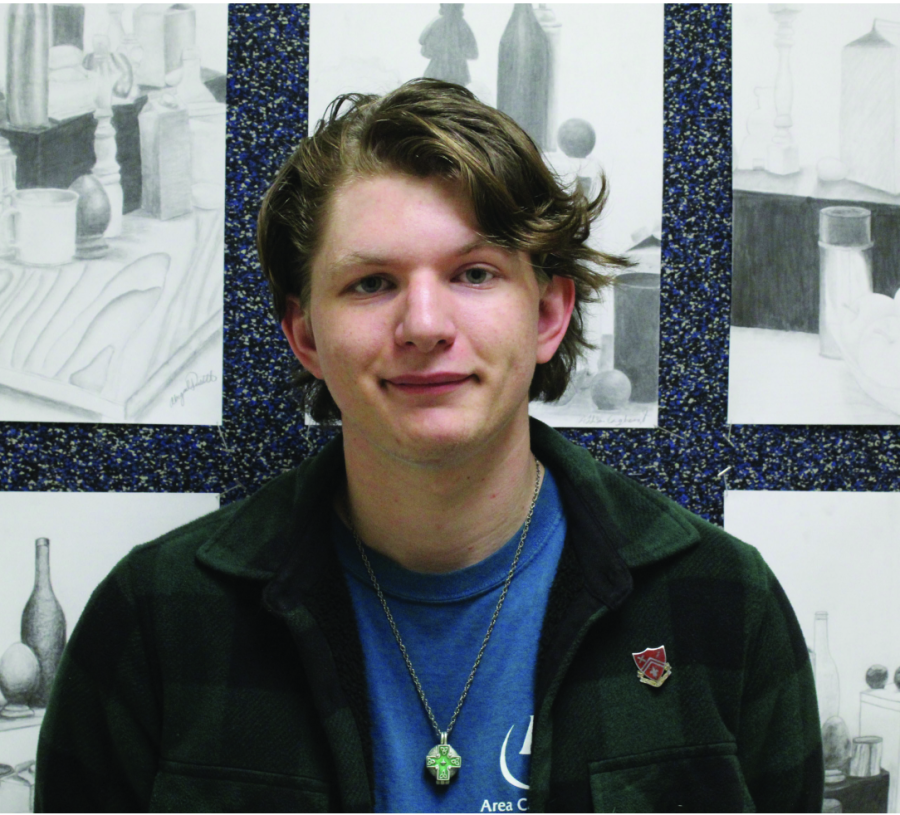 People’s experiences shape their reality. This statement applies to senior Trey Brown. From troubled to triumphant, Brown has the same ambition as he had as a young boy. Growing up with Aspergers, Brown had to grow up differently from many kids.

“Being diagnosed with Aspergers and being problematic made it hard in elementary school,” Brown said. “I got kicked out of schools and expelled from a whole district. I didn’t even know it was possible.”

Although he seemed to be troubled, many of the issues were from a lack of understanding from his peers and from his condition.

Someone Brown looked up to all of his life was his late mother. She was always an inspiration for him

“My parents divorced for as long as I can remember,” Brown said. “She moved halfway across the country to Virginia beach. I only got to see her in the summer. I would call her everyday when I got home from school. It really was a hard hit on me.”

Brown’s mother passed his sophomore year and opened his eyes to how he wanted to continue his life forward. There were 479 people at her funeral.

“I just want to be like her because she made me realize that I could be more social,” Brown said.

Although Brown struggles with being social, he tries to let his positive traits bleed into his life and the people around him. Brown is involved in rugby, the Northland Career Center and playing the guitar.

“Trey is a really kind person,” senior Patrick Porter said, “He always cares for others and he always puts others before himself.”

Throughout Brown’s life, he’s had to find ways to make it through the day and be successful. One of these things is music. In the past three years, Brown has picked up playing the guitar.

“Sometimes you feel down, and it just helps you get your anger out,” Brown said. “ Or maybe you just want to make this beautiful piece. It takes the things that are going through your mind and puts it into a sound.”

Brown plays the guitar for therapy, creative expression and to tribute his mother. Trey plays everyday but also takes lessons once a week.

“To me, it means honoring my mom because she always supported me,” Brown said. “It shows that you can be whatever you want to be and that no matter who you are, you have a creative side.”

From growing up misunderstood as a kid and having a hard time making friends, to losing his mom sophomore year, Brown keeps the items he loves closest to him.