Drake’s motivation pushed him to get a full ride to Missouri State University. 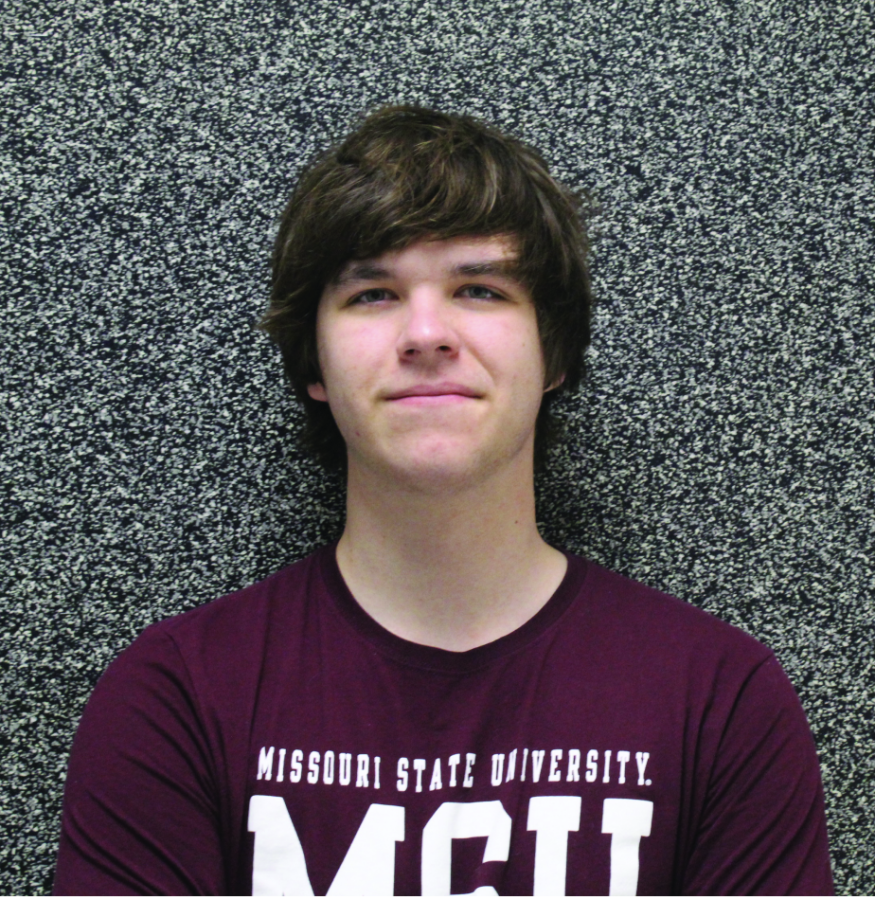 Theoretical physicist Stephen Hawking once said, “However difficult life may seem, there is always something you can do and succeed at.” For senior Keegan Drake, doing just that led him to have a secure and successful future at college.

Drake is well-rounded when it comes to his involvement with school and activities ranging from an internship to NHS and this has helped him achieve a full ride to Missouri State.

“I swam for three year,s and this year, I was the manager for the team,” Drake said. “I’m also in National Honors Society.”

He had to go through a rigorous process to get this scholarship at MO State. He originally already has the Bright Flight scholarship for having a high ACT score, and with the addition of the Presidential scholarship for GPA, Drake got his full ride.

“Luckily, I had a 34, which I think kind of set me apart from other applicants,” Drake said. “I also had to write a really short essay about my plans and community involvement. Then, I was selected to interview for the scholarship.”

Drake’s friend, senior Carter Jacobus has known him since 6th grade and met during the Liberty Storm summer swim team in middle school.

“I think that Keegan will go far with his scholarship and education,” Jacobus said. “He has a natural talent when it comes to absorbing information and learning. In class, it may not seem like he is learning or doing much, but he consistently has some of the highest test scores. At Missouri State, I think that Keegan will also end up with these high grades, which will lead him to a great career and will set him up for life.”

For Drake, MO State has always felt like home because he lived in Springfield until he was 10.

“Both my parents went to MO State and I grew up going to basketball games,” Drake said. “I also have family in the area which is nice.”

His swim coach, Christopher Murphy, believes Drake’s future will be greatly benefitted since he won’t have student debt. Drake will save around

“The nice thing is, he’ll be able to get out of college without any type of debt or with a full ride, he will not have to get student debt,” Murphy said.

Drake agrees and is grateful for the opportunity that MO State provided.

“I have the opportunity to start my life after college without having to focus as much on money,” Drake said.

With the benefit of his high ACT score, he will also be attending the Honors College at MO State.

“There’s some extra benefits with Honors College early registration and smaller classes,” Drake said. “I think you have to have a certain ACT score to get in and then you have to maintain good grades. I’m also planning on staying in the Honors Dorm which is a smaller dorm and little nicer than some of the others on campus.”

Drake is unsure about his major but might go into finance or business. He knows for sure he will be minoring in Spanish.