Johnson reflects on his passions and hard work. 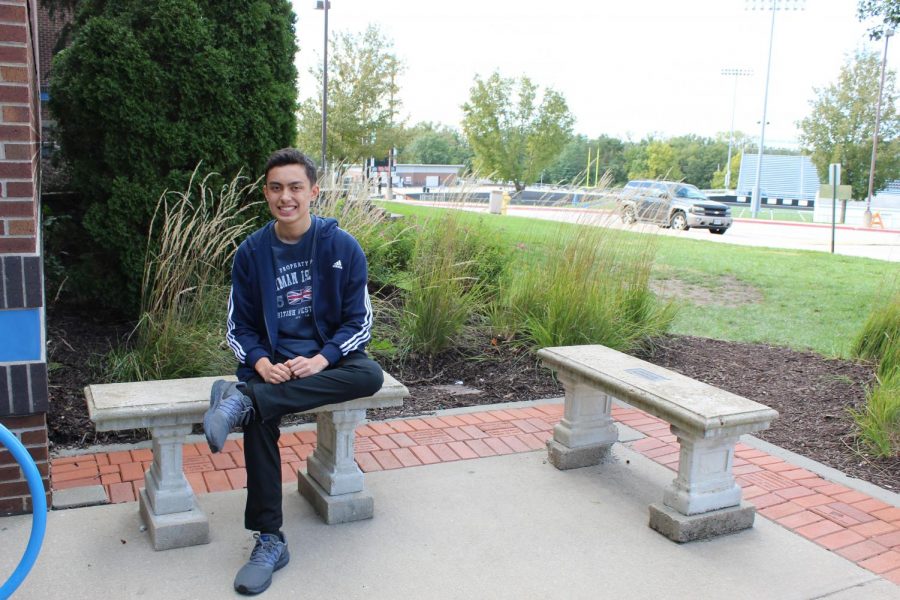 Sophomore Connor Johnson is passionate about working hard in every area of his life. Whether it’s figuring out a difficult programming scenario in the robotics club, practicing to get into a higher level orchestra, or studying all summer to test out of precalculus, Johnson knows that the key to success is diligence in everything you’re involved in.

“If someone knew all the things I did, they would get an accurate view of who I am,” Johnson said.

Each one of Johnson’s activities has had a unique impact on his life.

He is the programming lead in the robotics club, which means he is one of the main programmers on any projects and often oversees different projects.

“Unlike a normal computer science class, I’m sort of forced to try to find my way through problems with no real teacher guiding me through,” Johnson said. “I have to program based on what is needed by others. For example, when I’m programming the drive controls, I can’t base those decisions on my own preferences. I have to listen to the drivers to figure out a good button layout. The main thing is that I’m on a team and I have to work with them. It’s that aspect that gives me the ‘real-life’ experience.”

Johnson decided to join the programming team freshman year and that has played a big role in encouraging him to push himself to the next level of success.

“There are many aspects to a program that you need to consider to make it work properly and, if done well, very efficiently,” Johnson said. “How much mathematical and logical reasoning goes into writing an efficient program amazed me and I wanted to learn more. Robotics pushed me to try harder because I wanted to be at a level I was never exposed to until then.”

One element that sets Johnson apart from almost all other sophomores is his involvement in calculus, a feat that required extensive amounts of hard work.

“The amount of time and energy that it takes to work through an entire course independently and then to know it well enough to be able to ace the final that everybody else had to take at the end of last year is really impressive,” calculus teacher Erin Ramsey said.

“Last year, when we were freshmen, Connor and I were both in Algebra II together and we would eat lunch together and I would always say, ‘Man, Algebra II is so easy’, because I had already learned most of the stuff and Connor would agree with me,” sophomore Jonathan Fang said. “Connor was like, ‘Hey, we could test out.’ That’s why we’re both in AP Calc now instead of being in Precalc.”

Johnson is already looking forward to the math classes he hopes to take in the future.

“For future math classes, I’ll just follow the calculus sequence with Calc BC in junior year and Calc III and Differential Equations at Maple Woods during senior year.”

All of these things were possible because of Johnson’s work ethic and determination.

“All of my main subject classes are basically honors or AP,” Johnson said. “Anything I’m good at is because I was willing to put in time into that activity or subject.”