Lenger explores his passion for photography, sports and improv. 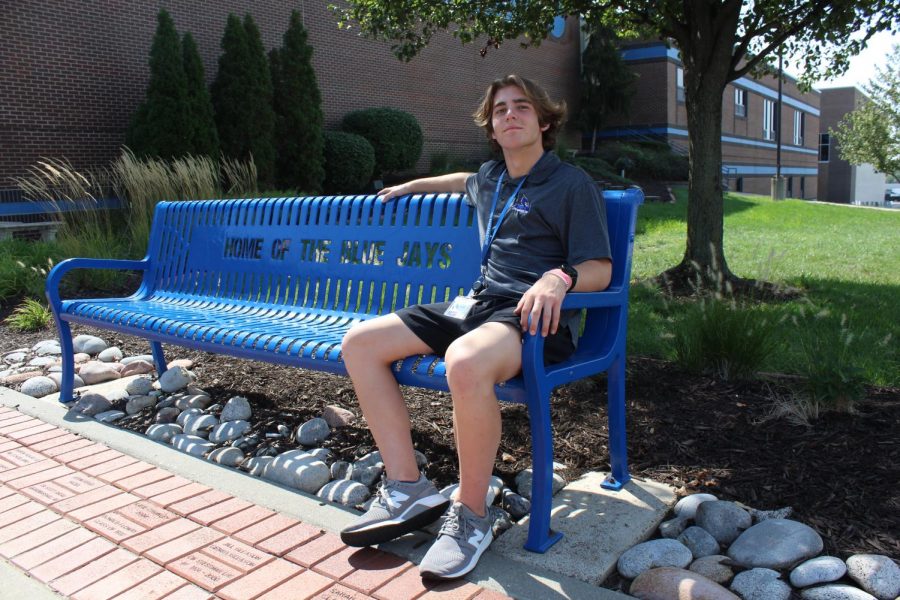 Junior Kage Lenger loves to capture the feeling of excitement from other people by trying new things, which is why he is so involved. In school, he’s a cross country runner, a wrestler, runs track, exit 1-6 and sports marketing.

He’s been wrestling ever since he was young and definitely wants to carry that passion into the college level.

“I would like to wrestle in college. That’s a big goal of mine,” Lenger said.

Outside of sports, Lenger loves to do photography. You may catch him on the field at a football game taking pictures.

He has social media accounts that allow him to post the pictures he takes and do photography outside of school.

“I follow a bunch of designers for sports and I think the stuff that they do is really cool. I look up to them and I want to be like them so, when I started taking photos I was like, this is kinda fun. I just like taking photos,” Lenger said.

Although Lenger does so much, he’s doing what he loves and what he wants to do. He wants to be a digital designer. Sports marketing helps him with that passion.

“I think it goes hand and hand so it helps me learn more,” Lenger said.

In sports marketing, he’s able to do live video, videos and pictures on the jumbotrons at football games, and talk to companies to get sponsorships.

“My sister did it when she was in high school and so I thought it’d be really interesting. I took it freshman year and fell in love with it. I just made it what I do.”

Senior Justin Steffensmeir, Lenger’s friend, has a lot to say about him.

“He’s just kinda small and goofy looking,” Steffensmier said. “Loud and athletic. I met him my sophomore year in summer running. During a workout, I was falling behind and he started yelling at me.”

“When I had him in class I would say just his personality stood out the most,” Laws said. “He’s never met a stranger. He’s very fun-loving.”

Lenger keeps pushing for his goals and trying new things.

“Some advice I would give is just to do whatever you think you want to do,” Lenger said. “See if you like it, if you don’t, it’s alright. If you do, keep doing it.”