How the rugby season is going so far and what the players are thinking about it. 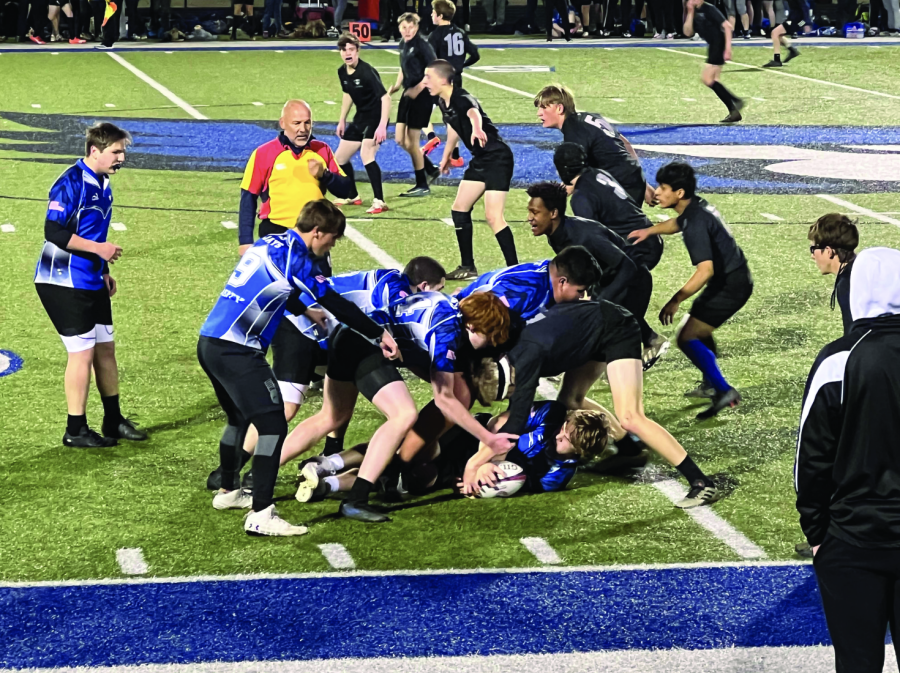 The sound of cleats hitting the turf is a familiar one, but many wouldn’t associate this with the sport of rugby. Rugby is a sport which draws many comparisons to football but differs in many ways from how the game is played, to the gear the players wear. In rugby, there are no helmets or pads, there is no passing forward, and the ball must be given up when tackled.

“Rugby is a great sport that brings people together,” junior Connor Finn said. “After games, the home team brings food for both teams and they just talk. After the games, we take a big picture with the other team which is great too. Rugby brings everyone joy knowing that you have your teammates’ back and they have yours.”

The varsity team has played four games so far against St. Thomas Aquinas, Little Rock and St. Martins Academy. They have won all three games as well.

“This season is different because last year we were struggling to get a full team going,” Finn said. “This season we have two teams and in our JV games we have had three people on the field that have ever played before, so it’s great seeing people expand on their comfort zone and come out to play rugby.”

Last year, COVID-19 made rugby more difficult than usual. The players wore masks during practices, couldn’t have water brought out to them on the field, and had issues getting games due to many players not participating.

The team has had success in past years but are still looking to replicate their success from 2018 where the team won the State Championship but hasn’t won another since.

“We haven’t had a State Championship since 2018 and I think this is the team to bring one back to Liberty,” Crowley said.

The team still has five games to play plus the State tournament held on May 7-8 with no announced location. With over half of the games left to play, the season is far from over. 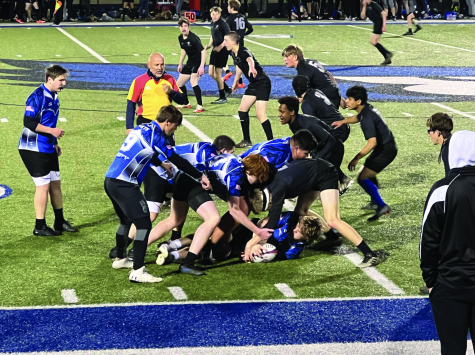 “I like how many people we have gotten out for rugby and it’s great how we can show more people this great sport that we have all grown to love,” Finn said “My favorite part about this season is how great we started off with how many new people we have this year. I hope the rest of the season goes great and we continue to work hard as a team because I know great things can happen. My expectations are that we grow as players and mainly as people because of how much discipline it takes to play rugby”

To receive updates on the team, follow them on Twitter at @BlueJayRugby or visit their website at https://www.bluejayrugby.com/. The team’s next game is against Blue Valley on Apr. 2, with no time or location announced yet.