Coming Together for Frostbite

My toes almost froze off, but go Chiefs! 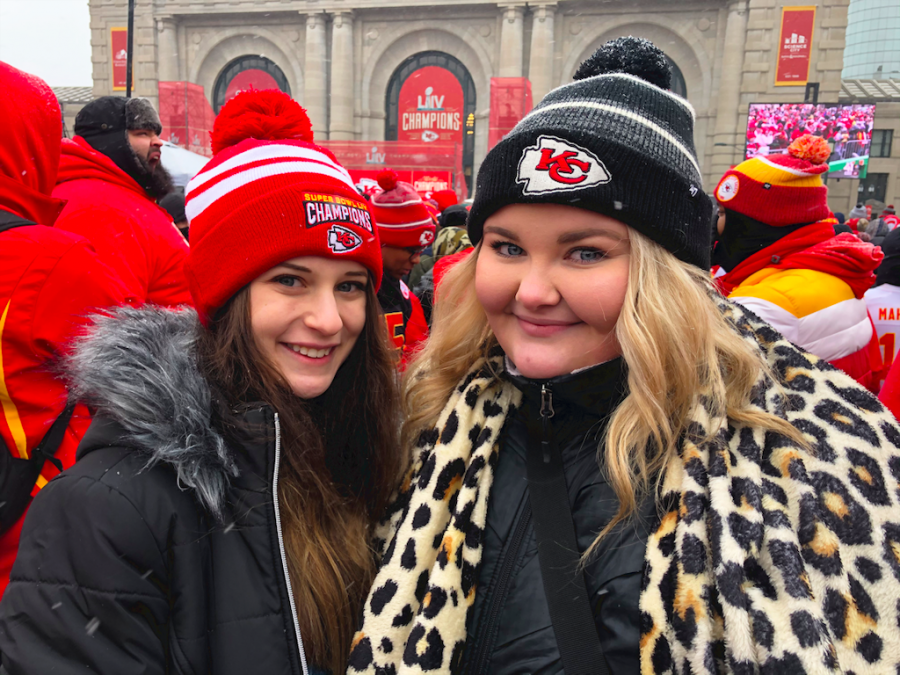 I can’t lie. I am not that into football. It’s a fun thing to do with my family during the season, but if you asked me to name a Chiefs player other than Patrick Mahomes or Travis Kelce, I would honestly struggle for a second.

When Super Bowl Sunday came around, I didn’t think much of the game. I had scholarship essays to write and I was mainly interested in the commercials, which were significantly worse than any other years I remember.

After the halftime show, I was finished with my essays so I started paying attention to the game. Now, I will say again, I am not super into football, but when I was watching the game I was on the edge of my seat during the end of the third and the entire fourth quarter.

Some friends and I immediately decided that we wanted to go to the parade and started making plans. I didn’t go to the Royals World Series parade in 2015 and I felt like I missed out, so I was definitely attending this one. After talking about it for about five minutes, we all decided that freezing was going to be worth it.

On Wednesday, Feb. 5, at 5 a.m. we all woke up to get ready for the parade. Everyone put on two pairs of pants, two to three shirts, a hat, coat, multiple pairs of socks and started to warm up our hot hands. We left the hotel, so by 6 a.m. we were on our way to Union Station.

When we finally got there, we had been walking for an hour and a half total. I was the coldest I had ever been in my life and I could have sworn that my toes were goners. After I got over the fact that I was freezing, we started weaving our way through the crowd. We finally got our spot which was 50 feet from the barrier to keep people from the stage and started talking to people around us.

For the next several hours we talked with the people around us about literally anything, but mainly about how cold we were and how early we had gotten up, and threw a football from person to person with the hundreds of people around me.

Though it was freezing, around one million people gathered together to celebrate the Chiefs and their victory. The atmosphere was invigorating with people chanting, yelling, cheering and singing along to the songs that were being played. The visual representation of the community was clearly shown in the sea of red in Downtown KC during the parade, and though I almost froze, it was great to see everyone come together to celebrate. Go Chiefs!