Sync Up the Times

How the leadership team is changing the Lip Dub from the most recent one in 2018. 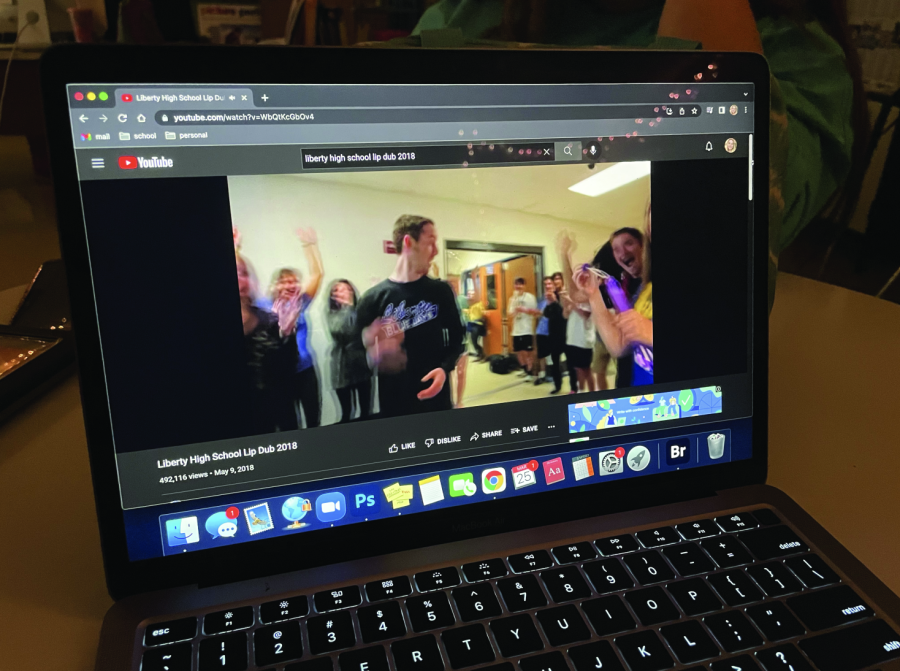 Reminiscing on old songs from the past four years, the thrill of students being recognized because of the clubs there in, then at the very end, hearing the roar of the crowd while riding the roller coaster in the fieldhouse with the spirit leaders. Every four years the leadership has been making the lip dub but due to COVID-19 there hasn’t been one in eight years, this one is to commemorate the past eight years of music, trends and overall events at LHS.

On December 14, 2006, Jakob Lodwick, the founder of Vimeo, a website to create videos using templates, record video messages or record any moment, coined the term “lip dubbing” in a video titled Lip Dubbing: Endless Dream. The first lip dub was made around 12 years ago when it originally became a trend, and was originally hosted by the spirit leader that created the roller coaster and from there leadership decided to make it an every four-year thing.

“It’s all the clubs and sports, but if you don’t have a club or sport, it’s not to make you feel excluded, you can still find a spot and line the hallways,” senior Adeline Herrman said. “Maybe you could be holding up a German flag if you take German, or if you are really into science, you could be with the science teachers.”

Different leadership students will leading the lip dub while the camera moves around the school and highlights the new areas in the school that past ones haven’t yet. All while students will be line the halls creating a pathway for the leadership. 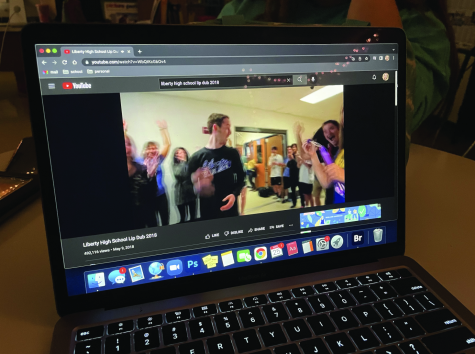 “It’s the seniors and the leadership class and there are a couple that help with the leadership class and those will be the people who are singing the songs, and of course spirit leaders,” Goodwin said. “Then the clubs and sports will be on the side. Some of the ideas we have are the cheerleaders doing a stunt, we’re going to have volleyball players setting and making a tunnel so people can run through, the basketball players being in Coakley shooting hoops, and some people lifting in the weight room. Everyone is going to be included as much as we can.”

The planning of the lip dub started in mid-Feburary.  Leadership has to figure out who they want to be involved, what songs, a route and what the theme is going to be. The songs are from the past four years that are going to be included. Out of these eight to ten songs, only 30-second clips of each of them will be included so the best part of the song can be highlighted.

All of the student body will be there for the spring fling assembly, when the filming of the lip dub is taking place, so nobody will miss out.

“When we’re filming it we’re going to get everyone set up, email out where the clubs are going to go, we’re going to have the route set up and everything laid out,” Goodwin said. “First, we’ll do a run-through, then the actual take and then it’s going to be cut before we go into the fieldhouse for the rollercoaster where the whole student body will be.”

The upcoming lip dub is something the entire student body can partake in and feel included.